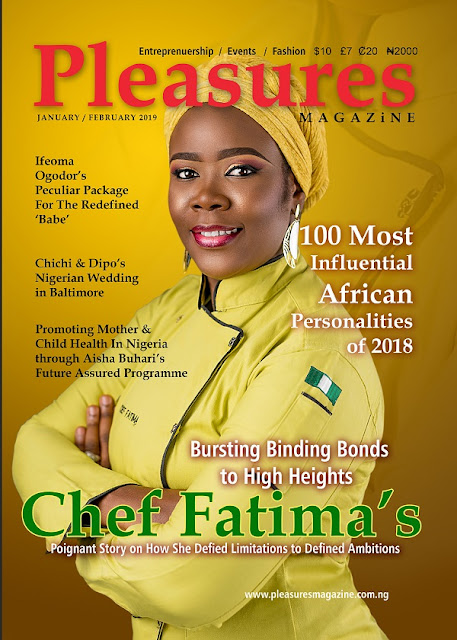 The January 2019 edition of the Pan-African Entrepreneurial,  Pleasures Magazine , displays not only the beauty of Nigerian broadcaster and Cuisine chef,  Chef Fatima   (MCFP, HACCP, CCN, CHP) Certified From  SUNY G FI , but the instructive story behind her successful strife against conventional mentality that woman was meant to be in her husband’s kitchen alone, to her academic rise. The eventual results of being what she wanted to be, whereby she now runs a whole culinary industry besides broadcasting, easily picks this indomitable spirit out as focus for discussion. The tacit support which her obviously enlightened husband lent her also makes it a Romeo, Juliet love revolution which challenges men who never want to see their wives go high. One would therefore read about a lady whose ambitions were bolstered on by her own husband even when conventional expectation had risen against her moves. While we sing the achievements of Chef Fatima therefore, her story rebukes men w

SHE MOVED FROM CANADA TO GHANA + HOW SHE IS HELPING YOUNG GIRLS, HOSPITAL BILL, GIVE HOPE & NEW LIFE 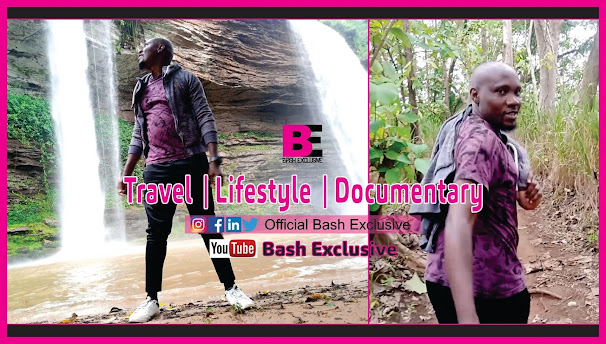 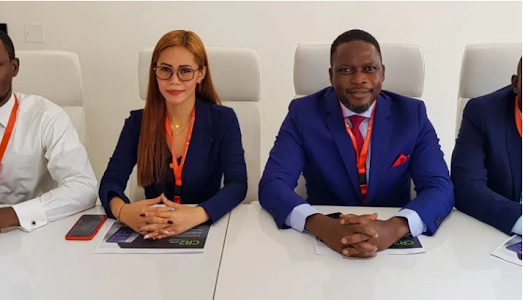 Afolabi speaking at the press briefing over the weekend on the announcement of the global recognition of CR2 by Celent. He explained that Global Infoswift (CR2 Partner) has been providing solutions and services to Nigerian financial institutions through the promotion of CR2 Omnichannel digital platform and banking software in Nigeria for over 10 years and it is ready to take it to next level. Oke Kehinde Afolabi is the CEO of Global InfoSwift Consulting Limited (GICL). He is at the helm of four businesses: tech, showbiz; hospitality, and logistics. For some, that would be too much to juggle, but to the Nigerian, “Impossible is nothing. The attitude of Nigeria is of a go-getter country. The attitude of, why not have this and why not have the tallest, boldest, loudest?” he says. “That entrepreneurial spirit is in this country’s DNA. Oke Afolabi, an Associate member of the Business Continuity Institute UK, is a result-oriented Marketing Professional with a proven record of accomplishment